My first thought after hearing those words, standing in my high school

I found out that a family friend of 10 years had just taken his life. Brendan was 18, a month away from graduation and ready to go to his senior prom. He was part of a big group of friends, on the football and swim team, had a great family and was an IB student. I was never the closest to Brendan, but from where I stood, his life looked pretty nice.

The truth of the matter, and what I came to realize that day, was that I really had no idea what Brendan was going through, and neither did really anyone else. The week between that day and the funeral were the biggest blur but had an incredibly lasting impact. For a while I was sad, and only sad. It didn’t feel right being happy but at a certain point, I knew I had to do more than just be sad. From that moment I started taking action in my life.

What was I going to do about the future? To start with, I was going to study psychology. If there was something that I could do to one day feel like I was giving back, I knew I was going to do it. So, I came to the University of Delaware and started studying psychology, which was great, but I knew I wanted to do something more. In February, one day between classes, I got an email about a volunteer opportunity for psychology majors. I looked into it and filled out the google form for Sean’s House… whatever that was. I sat on a zoom call with Chris Locke, Sean’s dad, when he explained his story and his missions. I knew that this was as much as sign as I would get in my life, so I decided to take action on it. In my interview to become a Peer Support Specialist at Sean’s House, I was asked what lived experience I had, and I said, “I don’t know if this ‘counts,’ but I lost a friend to suicide and I just need to do something.” I took an unbelievable amount of comfort from hearing that it did ‘count’, and I could start making the difference that I was hoping to.

What was I going to do about my own mental health? Take action and break the stigma. After Brendan passed, my parents asked me to go to see a psychologist. Although I did say I would go, I told myself, and everyone else, that it was “just because of Brendan”. The stigma I was so adamant about taking action against was the same stigma that I was falling right back into in not being okay with saying I needed help. Moving forward, I was taking ownership my own self-care because it was a good thing! I had no need to be ashamed of going to see a psychologist because I was doing what I needed to do for me; and what I wish I could get the people I love to do for themselves, as well.

I didn’t know Sean, but I am beyond thankful for Sean’s House and the Locke family for providing the platform we have here to make a difference. You are all the leading force towards eliminating the stigma and making real change in the lives of so many people. You give so many people hope and the opportunity to recognize their worth, and for that I am so thankful… I love you all. 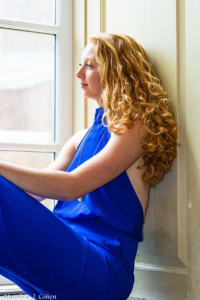 Alli Burns is a sophomore at the University of Delaware and a member of the varsity Women’s Rowing team. As a psychology and human services double major, she is passionate about finding ways to make a positive difference in the lives of others.