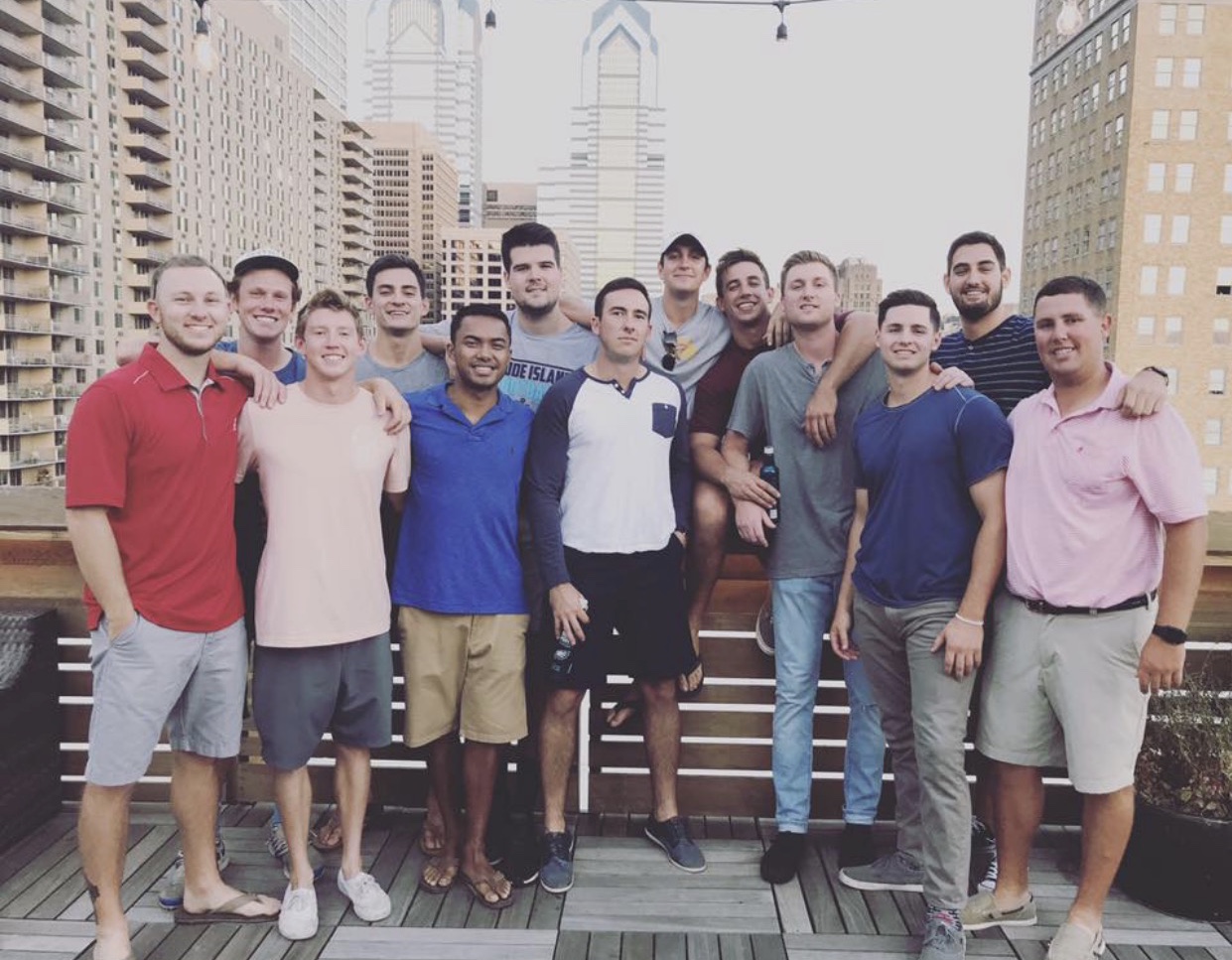 Running always came as a punishment to me! When I thought of running, I thought of the endless laps around the St. Mark’s High School lacrosse field for showing up late to practice, or the never-ending diagonals on the soccer field when we gave up a goal in the last five minutes of a game. It took a slower metabolism and a small wager with my mother to convince me to sign up for my very first half marathon.

I started running long distances to train for the 2018 Philadelphia Half Marathon. Before this, the only thing I knew about running, was that I hated it. In the middle of my training, I was hit with the worst and most confusing news I had ever received — my best friend, Sean Locke, had lost his battle with depression. So many emotions flooded my brain. I thought to myself, “How could a guy like Sean be suffering from depression?” I never thought depression targeted a homecoming king, a Division I athlete, or a kid with a strong group of family and friends surrounding him. It was at this time I realized, I didn’t know much about running or mental health. In the following months, I continued to train and began educating myself about mental health and depression. I started to notice a common theme between the two: Support is the key to success.

Last fall, I completed my first half marathon alongside my mother and two sisters. I can truly say that it was with their support that I was able to push through those weekly 9,10, and 11 mile runs that at the time felt almost impossible. Depression is not something someone can face alone. Friends and family play a crucial role in helping one manage this disease. Their influence during the dark times and difficult days is sometimes just as important as that of medical professionals.

Over the past year, I’ve kept up with running and use it as a way to clear my head. No matter how short or long of a run, I always use it as a time for myself to set goals, prioritize my day, or reminisce on memories. Sean and I were supposed to be roommates together in Philadelphia. It is common for me to run through Philadelphia thinking of Sean and some of my favorite memories we shared together. I think back to the times I attended his basketball games, all the “ferda” tabs at Grotto’s, our corporate lunch dates, perfecting “the Locke face” as we posed for selfies, and almost winning the annual BTO golf tournament.

On Saturday, November 23rd, the SL24 Philadelphia Half Marathon team will compete in the 2019 Philadelphia Half Marathon. The team will run 13.1 miles with the SL24: UnLocke the Light Foundation in honor of Sean Locke. My hopes are that all runners take the time to remember and laugh at some of their favorite moments with Sean or someone else they know who battles mental illness.

Please support our efforts by making a donation, purchasing a jersey, or joining the team! The SL24 team will be wearing the Philadelphia Half Marathon Locke jerseys to create awareness for mental health.

10 Replies to “Running as Therapy”