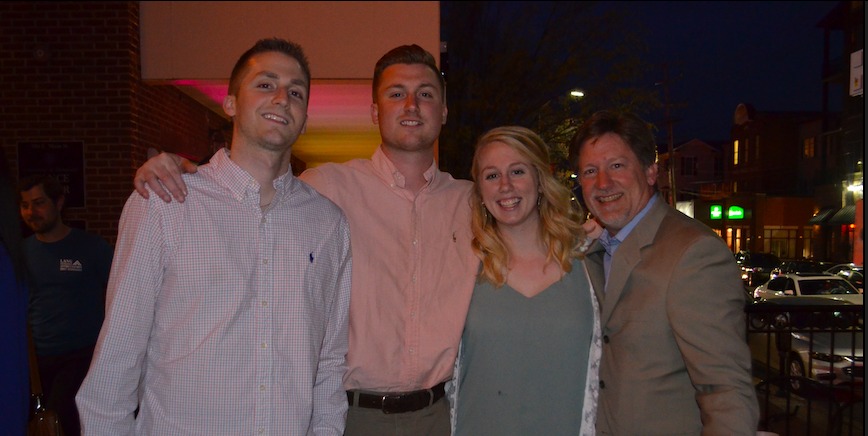 Kat has the joy of teaching middle school students for Baltimore City Public Schools. She has the honor of being the oldest of the seven Locke children. In her free time, you can find her losing to her husband, Nick, in Jeopardy. She identifies as a Gryffindor.
Menu

The last time I took a trip around the Sun without you I was three.

There’s this picture of us on the first day you ever came home, probably within minutes of me being promoted to an older sister of two. Mom still has the hospital band around her wrist and Dad’s shoes definitely give him more of a “Danny Tanner” vibe than the “Uncle Jesse” vibe he was probably going for. Kevin looks a little unclear about whether or not you’re worth putting down his Pooh Bear for, and in this very first picture of you and me, I’m reaching out to you.

This past trip around the Sun has been filled with me reaching out to you.

This first year without you was filled with trying to figure out what life meant without singing (read: screaming) K-Ci and JoJo’s “All My Life” on the way to the beach. It meant not having someone to analyze people’s shoes with on their way to communion at church. I went a year without having my iPhone charger stolen in the middle of the night. This year without you meant I didn’t have to buy an extra birthday gift for our parents because I knew you would forget. On Christmas Eve, if I’m being honest, I felt a little silly making Ritz cracker sandwiches with cocktail sauce, shrimp, and exactly one piece of cheddar cheese without you.

I struggled with what it meant to be a survivor of suicide loss. I knew how to be an older sister, but there isn’t exactly a handbook on being an older sister to someone who died of suicide.

For 23 years, being your older sister meant spending Sundays at the dinner table, telling Aedan that if he was a character on Full House, he would be Kimmi Gibbler. And then, after getting yelled at for teasing him, telling him that he was Comet instead. Being your sister meant having a girl buy me a free drink at the bar because she thought I would put in a good word with you. It meant after-work phone calls because we both hated driving in silence. It meant spending twenty minutes texting back and forth before we “approved” of an Instagram caption. It meant singing in the kitchen with Patty to a song  we made up on the spot about Cheez-Its.

But, what does being your sister mean now that you’re not here?

I remember Dad sitting us all down one night as kids to read us The Giving Tree by Shel Silverstein. It’s such a small memory- Victor wanted to sleep in a sleeping bag instead of his bed, Kevin had a Yankee hat on, I wasn’t really paying too much attention because I had a loose tooth, and you were throwing a ball up in the air. I don’t even remember if we finished the book that night. But, growing up, I always knew the gist of the story- a tree gave everything it had for a boy that it loved.

I’m not sure if I truly understood the message as freckle-faced ten year old, but I was able to figure out that this was supposed to be a metaphor for the strength of love. That this touchy-feely sort of story was to represent the kindness and generosity found in love.

When you took your life last July, I kept coming back to this idea of love found in The Giving Tree. I never got to the stage of grief that is supposed to be filled with anger at you for leaving, but… I  spent a lot of this year just wanting to know if you had even the slightest idea how much we all love you. About how much we would have given- branches and all- to have you back in our life.

And as I’ve spent this year grieving and trying to sort together whatever it means to be an older sister to someone who died of suicide, I’ve come to the conclusion that  The Giving Tree is, well, kind of full of shit.

But true, quiet, love and strength are measured by being compassionate to yourself. By noticing, feeling, and responding to your emotions- even if they seem sad or scary or like something that doesn’t really go with your day’s to-do list. This year of grief meant realizing that family photos can never really be “recent”  again but they can still be taken. Sometimes love is just working on being fluent in silence. Sometimes strength means living out the more accurate signs of grief which are, according to my research, crying, rewatching The Office fifteen times, crying, and eating a lot of bagels.

If this year taught me anything, it’s that the generosity and kindness of love can better be measured by love you show yourself. This year of grief taught me that your relationship doesn’t become less important or meaningful or impactful when you lose someone you love, no matter how you lose them. Being your sister still means making up songs about cheese by-product snacks. It still means telling Aedan, who will be starting his senior year this year, that he’s, like, twelve years old.

But it also means being kinder to myself and sometimes means having to create space to be sad. It means honoring other siblings who have lost someone to depression. It means going to weekly therapy sessions and texting your friends when I really miss you. Being a survivor of suicide loss doesn’t fit perfectly on a Hallmark greeting card. It’s finding that sweet spot between being strong and not just trying to be impenetrable.

My first trip around the Sun without you since 1994 wasn’t filled with any less of your love or strength.

And the horrible fact of the matter is, I’ll probably take a lot more trips around the Sun without you than I did with you. I’ll have to learn the ways to tell my future kids our stories without you being there to chime in when it’s your turn. I’ll spend my next few trips around the Sun finding community when having conversations about you and your story. I’ll spend these next few trips figuring out how life without you can still be a life filled with you.

While I’m still not sure if have a concrete definition about what means to be a survivor of suicide loss, I’ll keep spending my trips around the Sun creating a space where people feel like others are reaching out for them. We, as family, a community, and a foundation will keep having conversations about why mental health matters.

As for what being your sister means for me today?

It will always mean reaching out to you.

I adored you your entire life and I will miss you for the rest of mine.

And hey, put in a good word for me and the Yankees with The Big Man upstairs. 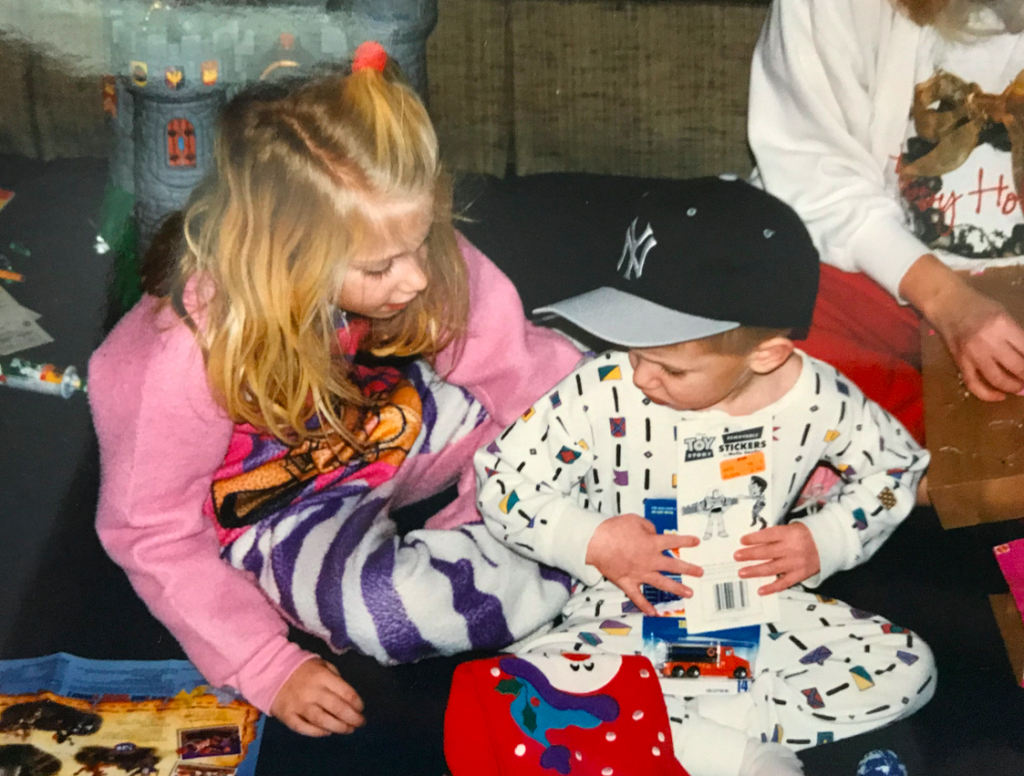 Kat has the joy of teaching middle school students for Baltimore City Public Schools. She has the honor of being the oldest of the seven Locke children. In her free time, you can find her losing to her husband, Nick, in Jeopardy. She identifies as a Gryffindor.

16 Replies to “The Grieving Tree”

Angels in the Outfield

Join us on August 6th at Camden Yards to celebrate what would have been Sean's 25th birthday.
New York Yankees vs. Baltimore Orioles
7:05pm
Add Your Light