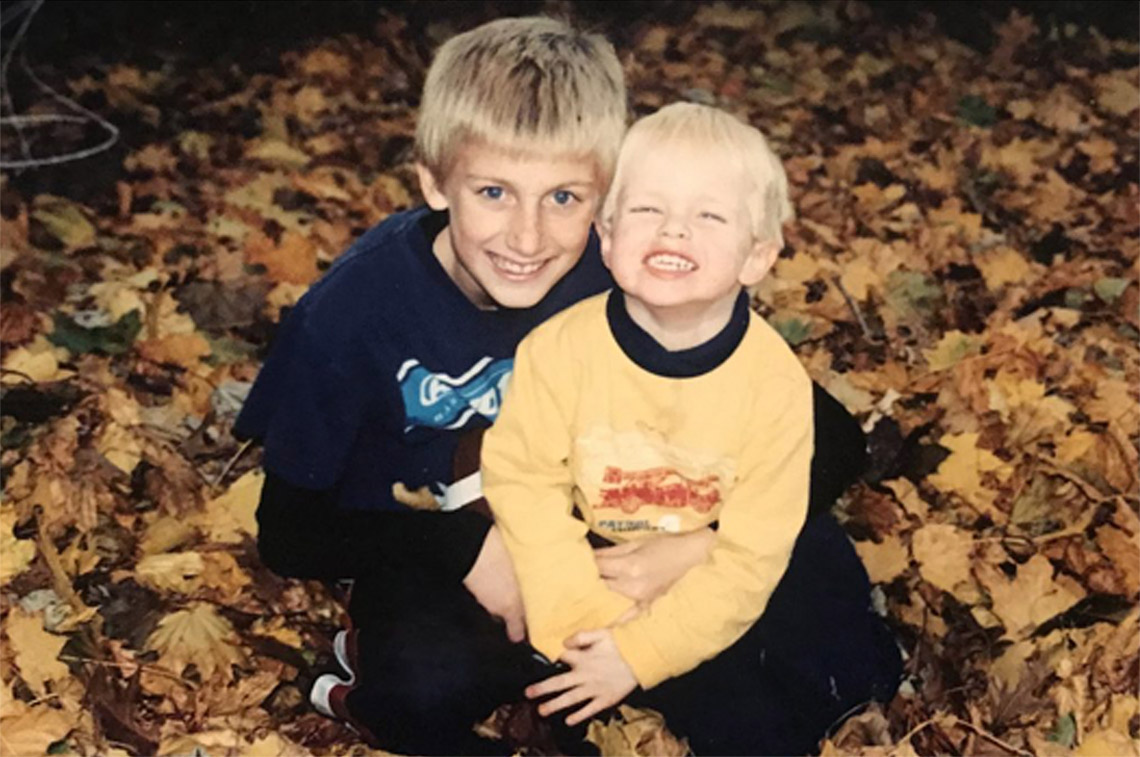 Growing up as Sean Locke’s younger brother meant a couple of things. It meant always finding an empty packet of Oreos in the cupboard, put there just to annoy Dad. It meant being a few minutes late to dinner because Sean needed to listen to his favorite song just one more time. It meant staying up just to watch the Bachelor on a Monday night when I had a test the next day. The summer before my One thing he always emphasized was that when my shot didn’t go in, I couldn’t be so hard on myself. I needed to get back up and try again. Looking back, I realized that was more than just an advice for a sport, but it was a metaphor for life. When things don’t go your way, you can’t get down on yourself. You have to figure out what went wrong and work harder. It’s a message that almost every older brother teaches to their young brother. I’m lucky that I was able to learn that message from Sean on those summer days.freshman year at Saint Mark’s, Sean made it his mission to coach me in basketball. Every Monday, Wednesday, and Friday, Sean would come over to teach me as much as he could. We would spend two hours in the driveway, shooting around, talking about life. The days were hot and sometimes long, but there was nothing I would have rather done then spend time with my older brother doing something he loved. I grew up watching him play basketball all the way from Mount Aviat to St. Mark’s to the University of Delaware. I felt so lucky to have somebody with his basketball caliber teaching me his skills. I felt even cooler having my 20 year old brother spend his summer in the driveway with me. Sean was my role model, best friend, and most importantly, my older brother. It’s hard to explain the relationship that brothers have, but I feel like having brothers are like feet. They ache and stink, but at the end of the day you’re beyond grateful to have them. I always looked up to him because he had such a hunger to be the best at everything he did. I remembering seeing his drive and determination and just knowing I wanted to be exactly like him. Today, it’s been six months since Sean has taken his life. There are still days where it doesn’t feel real and I’m still in shock from that statement. There are days where I struggle with missing Sean so much that I just want to stay home from school. There are days where I feel like I won’t be able to go through the whole school day without a breakdown. Even though these days happen, there hasn’t been one day where I haven’t been proud to be Sean Locke’s younger brother. I know I still can look up to him in so many ways. I want my older brother to be remembered for how he lived, not how he died. To me, the SL24 Memorial Basketball Classic is not just another high school rivalry game.  It’s an opportunity for me to show Sean what I’ve learned from him. I can’t play “around the world” with Sean in the driveway anymore. We won’t be able to try and hide the fact that we hit Mom’s minivan accidentally with a basketball. However, February 8th, gives St. Mark’s, Ursuline, Salesianum, and me an opportunity to play for Sean. We have chance to walk on to the court and play for others who need a little more light in their life. On February 8th, I hope to see anyone who has ever played pick up with their little brother. I hope to see anyone who has ever been affected by mental health. Most importantly, I have a feeling, I’ll see Sean’s light and play for him and for others who suffer in darkness. Aedan Locke is a junior at Saint Mark’s High School. He plays football, basketball, and lacrosse. He is a student council member, Blue Gold ambassador, and is actively helping SL24: UnLocke the Light foundation reach high school students. For more updates, make sure to follow us on Facebook, Instagram, and Twitter.

Join us February 8th and add your light here.